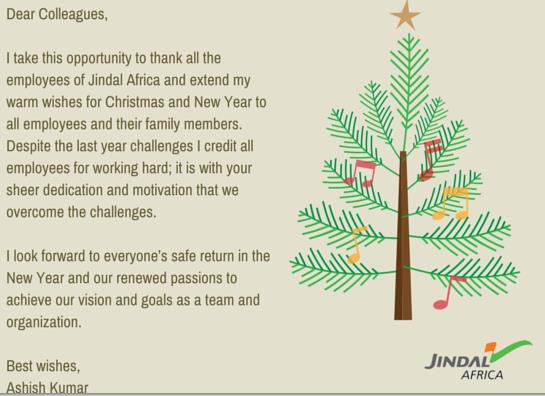 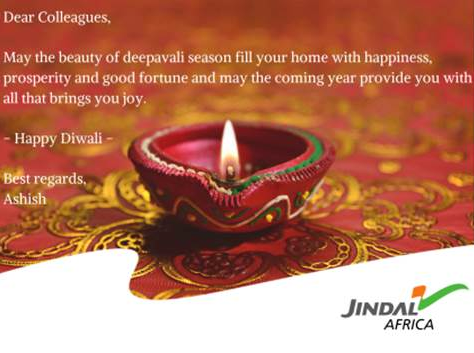 Shri. Om Prakash Jindal, Founder Chairman of the Jindal Group was born on August 7, 1930.  Shri. Jindal envisioned a self-reliant India in every sector of industry. To fructify this vision, he gathered the latest technical know-how from around the world and strengthened his industrial establishment.

A vision towards education

Real liberty begins when people are able to read and write, facilitating communication and opening up opportunities that were previously inaccessible.

It’s a competitive world, and with an ever-changing global economic environment, staying on top of innovative trends and adopting new processes is fundamental to the survival of any business.

The Melmoth analyses laboratory successfully operational for a year.  “I am proud of all who have dedicated their time and efforts to make this a success.” CEO Ashish Kumar congratulates the Jindal Mining KZN (Pty) Ltd team on a memorable milestone.

Jindal Africa relocates to their own new corporate park with Honourable Chairman inaugurating the building on
25 April 2014.

Jindal to invest $30bn over the next six years

Men in the making

Jindal Africa, proudly participating towards the Men in the Making Campaign

“VALUE IN VISION”
Jindal Africas corporate team represented in full force at this year’s Mining Indaba (3rd to 6th February 2014) at the CTICC in Cape Town.

A land of Opportunity

Jindal Africa has been tasked by its parent company, Jindal Steel and Power Limited (JSPL), with harnessing the immense potential that Africa has to offer.

Keeping the corporate promise for Africa

Mr Antony Zebert has headed the South African operations since Jindal Africa established its head office in Johannesburg in 2008. As Country Head, he is responsible for the backward integration and facilitation of material exports to India for further processing. India’s role as a key business partner to South Africa and export growth market, given that the country is expected to overtake the USA’s growth and output by 2060, are central to Mr Zebert’s efforts and business philosophy.

Jindal Africa in the Media - Profile of the Kiepersol Colliery

Kiepersol colliery is located within the doundaries of the Mkhondo Local Municipality adjecent to the R543 route between Piet Retief and Wakkerstroom, within the jurisdiction of the Gert Sibande district, in Mpumalanga, South Africa. The colliery employs over 800 people, including contractors. The mine produces anthracite coal sold both locally and internationally.

Jindal Africa, Men in the Making Day, a huge success

On Thursday 29th March 2012, the Jindal Mining Pty Limited group hosted a Men in the Making Day at their mining operation.

According to a spokesperson of the group, social responsibility forms a central theme that drives their business operations and as a company, they are proud to say that they are very aware of their responsibility to ensure their contribution to the wellbeing and livelihoods of the communities in which they operate!

Business booming for India and SA

South Africa & India have much to offer each other. This is the view of industry professionals and government representatives, who came together at the India South Africa Business Forum, held in Pretoria as part of the visit to South Africa in May by Indian President Pratibha Patil.

Sonipat (Haryana) : In a first of its kind, the O.P. Jindal Global University (JGU) based here inked an agreement Wednesday with a leading non-governmental organization of Mozambique to train Mozambican grassroots workers and NGOs in India.

Maputo (Mozambique) : The southwest African nation of Mozambique is selecting students to study in India under a scholarship programme recently provided by an Indian university. The scholarships are being provided by the O.P. Jindal Global University, based in Sonipat in the northern state of Haryana, state news agency AIM reported.